Email Marketing: Do Consumers Want a Relationship with Brands? 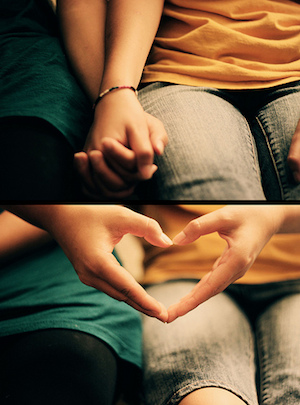 Email marketers are continually being told the path to success is to engage prospects and forge a relationship. However, there is some controversy about just what type of relationship consumers want to have with a brand, if any.

On the pro-relationship side are proponents like e-Miles Digital Media, which says you can make your audience love your brand using relationship marketing. By engaging and creating a connection, says e-Miles, you can sit back “and enjoy the benefits of an audience that comes to you rather than running away."

On the skeptical side are marketers like Adam Kmiec of BigiDay, who writes that people don’t want a relationship with your brand. “Relationship-building," says Kmiec, “is the single biggest lie being purported right now.”

Businesses broadly misjudge what consumers want from them online, said the authors, adding that consumers have little interest in having a relationship beyond the transactional. The main reasons consumers connect to brands online, they said, are to get information and discounts and to buy things.

What They Really Want

A Blue Hornet survey of 1,000 U.S. consumers supports the view that what consumers mainly want are deals. By a high percentage, the survey found, consumers cited discounts as the primary reason they subscribe to emails from brands. Other findings were that 76 percent of consumers do not want companies to send promotional emails if they did not request them. The primary reason consumers unsubscribe from an email program, the study showed, is because they feel they are getting too many emails that are irrelevant to their interests and preferences.

That consumers find most emails they receive irrelevant has been borne out in other studies. A Kentico Software survey found that only 32 percent of the general public believes email marketers have gotten better over the past five years at emailing them with products, services or content that appeals to their interests. Another 31 percent of those surveyed believe email marketing has gotten worse, while 36 percent feel it has remained about the same.

Significant numbers of those surveyed also said they will mark emails from legitimate companies as spam if they email them too much, if the mail is unsolicited or if the emails do not contain anything of interest. Overall, the research shows that “email marketers still face an uphill battle in reaching customers in ways that resonate,” said Kentico CEO and Founder Petr Palas.

The BEC authors offer what appears to be sound advice for marketers facing a mostly unreceptive audience. First, understand which of your consumers are among those who want a relationship and those who do not, then market accordingly to each group. “Stop bombarding consumers who don’t want a relationship with your attempts to build one through endless emails or complex loyalty programs,” say the CEB authors. “Those efforts will be low ROI.”

Sending prospects lots of emails will have not make them more engaged and may alienate them, say the authors. “Instead of relentlessly demanding more consumer attention, treat the attention you do win as precious,” they advise.

The Best and the Rest

It may be that only companies that provide exceptional levels of value and service win the hearts and minds of consumers. Among those who see forging strong relationships with consumers as a way for companies to distinguish themselves is Silverpop, “which points to Apple, Lexus and Amazon.com as examples of companies that have delivered the most compelling and fulfilling customer experiences. These companies, says Silverpop, “have rewritten the rules of customer relationships by leveraging every touch point and every interaction to create an experience that is convenient, fun and even meaningful.”

Silverpop cites an rbb Publc Relations study that found that a large percentage of consumers value a relationship with Breakout Brands, companies that provide exceptional products and services. Of the more than 2,000 consumers surveyed, 83 percent said they would pay more for products and services from exceptional brands. Moreover, 92 percent of respondents said it was very or somewhat important for a company they do business with to show interest in them personally. And 85 percent said it was very or somewhat important to do business with a company for which they have strong emotions.

What do you think? Do consumers really want a relationship with a brand? Share your thoughts in the comments!

Why is the Email Address Your Secret Weapon for Fraud Prevention?
2021 Predictions: Adapting to New Ways of Work, Customer Communication, and Life
4 tips to engage voters in the inbox and beyond

How to Unlock the Power of Data Driven Direct Mail
Connecting After Cookies: How Identity Matching powers people-based marketing
Why is the Email Address Your Secret Weapon for Fraud Prevention?
How to Win Back Your Customers with an Two-Step Re-Engagement Campaign Roadmap